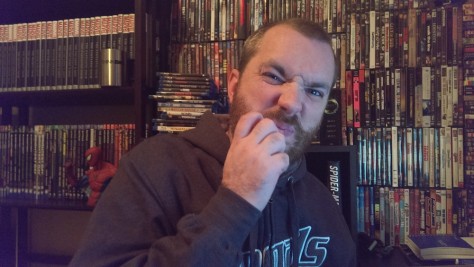 I’ve been up to my nostrils in 1980s culture while writing Adventures in Terror: 1975-2015 (coming next month). Many of you have probably noticed, assuming at least some of my posts have made their way across your Facebook or Twitter feeds at any point in the last 18 months.

Much of the novel takes place in that decade, which not at all coincidentally happens to be the decade between my 5th and 15th birthdays – my most formative years, I’ve always believed. I’ll share more about the book later, but right now, I wanted to tell you some truths that I’ve come to accept about music, movies and books in the decade of the Reaganistas.

– First off, the ’80s actually weren’t a complete cultural wasteland. I’d long believed they were, but I was wrong.

– Music wasn’t just techno garbage in the beginning of the decade and hair metal at the end. If you’re like me and you forgot that , check out this Spotify playlist compiled by yours truly. You shan’t be disappointed – follow the list if you like because I will be adding to it for a while.

– One thing we don’t talk much about anymore is that the Georgia Satellites rocked in a serious way. They weren’t big players in the decade except for a song or two (certainly the immortal “Keep Your Hands to Yourself”) but by hell, they might have rocked harder than anybody this side of AC/DC and Van Halen. Also, for what it’s worth, “KYHTY” barely makes their top ten.

– Bon Jovi had to have known they were about to become millionaires tens of times over while they were recording Slippery When Wet.

On a side note, somebody smart should have built a panty factory and set up a table backstage at every single Bon Jovi/Poison/Motley Crue/whoever concert. Mega $$$.

– The horror-in-print BOOM. Something else that is not arguable. Clive Barker, John Saul, Dan Simmons, Joe Lansdale, F. Paul Wilson,  Robert McCammon. Peter Straub. Dean Koontz (whose writing I’ve never liked, but hey, he was still part of that boom). Also, some guy named Stephen King, who got a few decent notices in the ’80s after also being somewhat popular in the ’70s.

– KISS without makeup: an abomination.

– For the general populace, movies in the decade may have been a little sub-par (Raging Bull is the exception), but for horror and science fiction fans, the decade was sheer gold. I would even say that along with the Universal Age of the ’30s and ’40s, the 1980s are the other golden age of movie horror.

John Carpenter, David Cronenberg, Wes Craven, George Romero, Tobe Hooper, Joe Dante, Stuart Gordon, and Lucio Fulci at their peaks (with only Romero even arguable). Brian DePalma, too, although he’s had a schizo career from trashy pseudo-horror like Carrie, Dressed to Kill, and Body Double to the glitzier Mission:Impossible and The Untouchables.

Spielberg’s been great throughout his career but he had many of his highest highs in the Reagan decade as both director (Raiders, E.T., Temple of Doom, Last Crusade) and producer (Poltergeist, Gremlins, Goonies). James Cameron gave us The Terminator and Aliens. John McTiernan gave us Predator and Die Hard. Divine intervention gave us Robocop.

I also sort of liked a couple of other movies in those days: The Empire Strikes Back and Return of the Jedi.

What I’m saying is, they were heady times.

– At the end of Adventures in Terror: 1975-2015 are a couple of appendices, listing several books and movies that were important in the youth of Jasper and Grady. The movie list is five pages long.

– So I know some of you are saying, “There were plenty of great non-sci fi, non-horror movies in the 80s!” Well, what were they? Top Gun? Weekend at Bernie’s? Amadeus? OK, I’ll give you Amadeus. Raging Bull and Amadeus.

– Madonna had two songs that I actually liked. Cyndi Lauper had three. Wang Chung had four. No joke.

– Michael Jackson had one (“Billie Jean”).

One of my favorite stories about growing up was that on my ninth birthday, I got my first two cassette tapes: Michael Jackson’s Thriller, and Metal Health by Quiet Riot. I listened to Thriller all the way through once, and that was it. I listened to Metal Health until the tape wore out, then I got another one and wore it out, too. Then I did it again. I still listen to that album all the time.

Mostly I lean towards the “rock” side when it comes to music, but there was some decent pop once you got away from that Flock of Seagulls-Culture Club-Kajagoogoo-Wham! crap.

Gotta go for now. Adventures in Terror: 1975-2015 sees the light of day in August. It’s about monsters, ghosts, and infnite space and darkness, and not really about the things I’ve been talking about here. But, I don’t think the book would exist without them, either. I know it wouldn’t exist without horror movies and Fangoria magazine.