I was just flipping through some of my documents folders and came across the mock-Fangoria cover I did for a section that got cut out of Adventures in Terror: Mostly the 1980s, and ended up being re-worked and published in Apex Magazine.

Maybe I had too much of myself in it, I don’t know. Sometimes as a writer, you can get too close to things. Or, maybe I just didn’t know how to sell it. It could probably use a better title, one that better evokes the spirit of the book, which is much more Steven Spielberg-Stranger Things–Something Wicked This Way Comes than it is horror. It’s not scary. It wasn’t meant to be scary. It was meant to be a book about growing up in the hills with ghosts, and it’s just that. I’m glad. 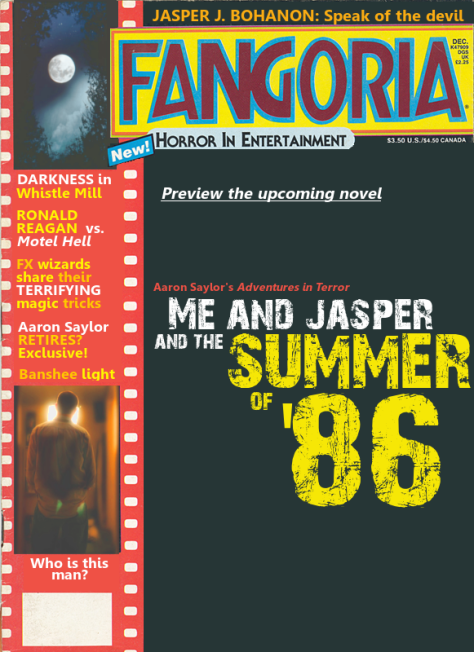